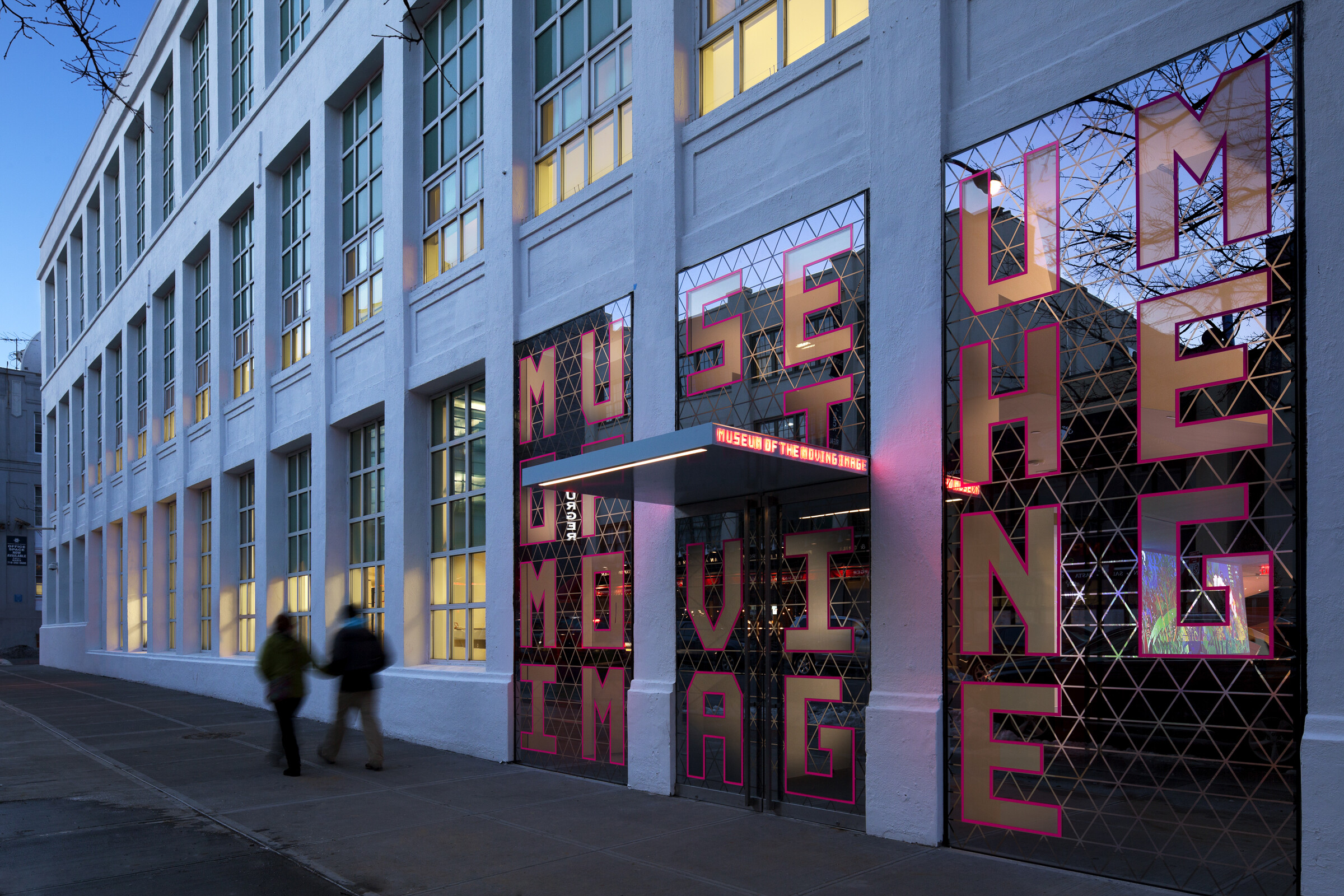 About Museum of the Moving Image

The Museum of the Moving Image focuses on cinema, television, and digital media’s art, history, technique, and technology. It gathers, maintains, and makes moving-image-related objects accessible to the public via multimedia exhibits and educational programmes. The displays contain substantial audio/visual components that are intended to foster a knowledge of the industry’s history and evolution. At the museum, panel talks on current films are presented on a regular basis. In its two premium cinemas, the museum offers monthly series. “Changing the Picture,” “Fist & Sword,” “New Adventures in Nonfiction,” “Science on Screen,” and “Disreputable Cinema” are some of the ongoing series. Each of these films delves into and celebrates various aspects of cinematic art and culture. It also has one of the largest collections of video games and gaming gear in the world. The number of people attending has increased from 60,000 in 2000 to 120,000 in 2011. The museum debuted “the Jim Henson Exhibition” in 2017, a permanent display celebrating Jim Henson’s life and creativity, as well as his inventions. In January 2020, an exhibit named “Envisioning 2001: Stanley Kubrick’s Space Odyssey” will debut.

The City-owned Museum of the Moving Image in Astoria, Queens reopened on January 15, 2011 after a three-year restoration and expansion. It currently measures 97,700 square feet, almost twice its former size. The Museum is the United States’ sole cultural institution devoted to the study and interpretation of visual media, such as cinema, television, and digital media. The now state-of-the-art Museum of the Moving Image provides new exhibition and screening space as well as the capacity to double the number of students served by its education centre, thanks to annual operating funds from NYCEDC and the cooperation of City Council, the Mayor’s office, and the Department of Cultural Affairs. “It is an example of the type of significant investments we continue to make in New York City’s cultural institutions, which benefit New Yorkers and helped us draw a record number of tourists last year,” Mayor Bloomberg said.

The Astoria Motion Picture and Television Center Foundation took over the old Astoria Studios in 1970 in an attempt to preserve the now-landmarked structure, which had been host to a number of notable films.

The foundation’s efforts revived the facility and sparked consumer interest in the sector, and plans were formed to open a museum to provide public access to the studio.

The American Museum of the Moving Image opened on September 10, 1988, in the former East Coast Paramount Pictures building, after seven years of work and a $15 million budget. It was the first museum in the United States dedicated solely to the art, history, and technology of film, television, and video. This was followed by the opening of the British museum of the same name a few days later. The New York theatre, which was ultramodern by 1988 standards, could show 70mm, 35mm, and 16mm film formats and was one of just two locations in the city that could show ancient nitrate prints. It also enabled guests to watch television in a TV lounge from the early days of television, re-creating events from television and video history. The museum was one of 406 arts and social service organisations in New York City to receive a portion of a $20 million Carnegie Corporation grant in 2005, which was made possible by a gift from New York City mayor Michael Bloomberg. The museum started construction on a $65 million extension in March 2008, which quadrupled the area of the museum and included a new theatre and teaching space. While the museum remained open for the most of the building period, with the old theatre destroyed and the new ones still to be constructed, screenings and other activities were conducted off site, with the collection remaining accessible to academics.

Recognize it. You’ve poured over every frame of previous Breaking Bad episodes, searching for hints to how it will ultimately end, while fretting about how the Walter White storey will play out in its final season. MoMI recognises and appreciates your meticulous attention to detail. The Museum lets you have a closer look at the props, costumes, colour schemes, and other behind-the-scenes items that illustrate White’s narrative progression in its Breaking Bad-centric display. The museum’s head curator, David Schwartz, explains, “Our show is all about process.” “We want to see what they do physically to bring about Walter White’s metamorphosis.”

The Magnificent Obsessions exhibition, which focuses on minutiae, shows all of the little details that go into creating a film. This includes everything from the clothes to the stage designs to the research done by the performers. Eiko Ishioka’s extravagant costumes from Bram Stoker’s Dracula, production designer Jeannine Oppewal’s notes from the set of Catch Me If You Can, and even the marionettes used in Being John Malkovich are among the items on display. Schwartz adds, “We want to demonstrate all of the skill that goes into producing a film.” “It isn’t only the director who is to blame. Costume designers, production designers, and editors are all involved. We looked for individuals who were enthralled by all of these beautiful passions.”

It Has A Theater

Naturally, the Museum of the Moving Picture’s primary draw is, well, the moving image. Old favourites, previews with director Q&As, retrospectives, and even live events are all available at MoMI’s 267-seat theatre. From November 10 through November 10, a Howard Hawks retrospective will show all of the director’s works, dating back to the silent cinema era. (Most of the films will also be screened in 35mm.) “He was the ideal filmmaker to me,” Schwartz recalls, “who could work in any genre.” However, important works by rising cinema superstars, such as French filmmaker Claire Denis, are on display. “Her films are aesthetically stunning; there is speech in them, but she mostly deals with visuals and sounds,” he adds.

Let’s face it: in this digital era, film projection is a fading skill. Sensing the end was approaching, photographer Joseph O. Holmes decided to enter the booth and shoot the projectionists at work, bringing the curtain down on what is normally a faceless profession. However, cinema lovers need not be concerned that actual film is completely disappearing: Films in 16mm, 35mm, and even 70mm may be seen at MoMI (in addition to digital).

Although we think of Hollywood as the hub of the film industry, Paramount Pictures began operations in Astoria in the 1920s. The studio complex is still there; in fact, the Kaufman Astoria Studios Museum is located in one of its buildings, and the exhibition chronicles its history from the silent film period through its transition into today’s Kaufman Astoria Studios. “Everyone constantly asks why we’re in Astoria,” adds Schwartz. “This will provide an answer to that query.” Brian.

The permanent display at MoMI has 1,400 items that take you on a journey through pop culture history. (We like the clumsy, vintage video cameras and projectors.) You may design, record, and send yourself short works of stop-motion animation, build a flipbook of yourself from still pictures, or play one of 11 vintage arcade or console games.

You Can Meet the Muppets

If you missed Jim Henson’s Fantastic World (shown above), which closed in March 2012, don’t worry: there will be plenty of chances to meet the Muppets and other Henson inventions in the future. MoMI is now constructing a 2,200-square-foot permanent exhibit devoted to Henson, whose family contributed 400 puppets, costumes, props, and other items to the museum. It is possible that we will have to wait. Although no official launch date has been set, inhabitants of MoMI will include Kermit the Frog, Piggy, Elmo, Bert and Ernie, and others. Related: Off-the-Beaten-Path Museums in New York City Where to Go on Vacation: Best Picture Nominees-Inspired Vacations.